The circle of United Buddy Bears was created in Berlin in 2002, with the goal to make people think about international understanding and living together in peace. At the time, artists were invited by the ambassadors of all countries recognised by the United Nations to design one of the 2m tall sculptures in the hometown of the Buddy Bears.

In this way, the circle of United Buddy Bears has become a reflection of the cultural diversity in our one world. With a unique design, each bear shows the special characteristics of the country represented by the individual artist to the people who look at the sculptures – the country’s culture, history, people, landscape, economy, sounds and music, and its traditions.

In 2002, the exhibition was shown in Berlin for the first time, next to the landmark of the city, the Brandenburg Gate. Since only one exhibition had been planned in the beginning, many bears were sold at an auction in aid of UNICEF after the exhibition. However, due to the great success of the exhibition, a new show of United Buddy Bears was planned and realised in 2003. In 2004, the colourful group of travelling bears embarked on its tour around the globe. The journey has continued to the present day, and an end is not in sight. 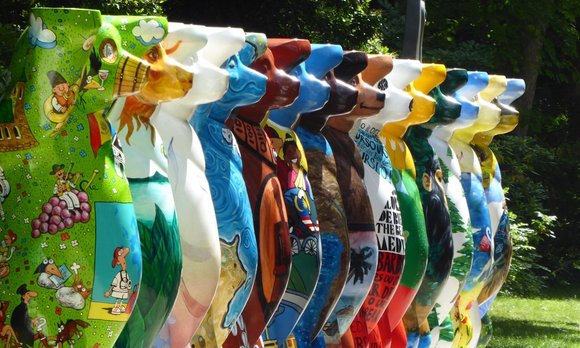 For the seventh time the exhibition of the United Buddy Bears can be seen in Berlin. The first time next to monkeys, polar bears and giraffes. 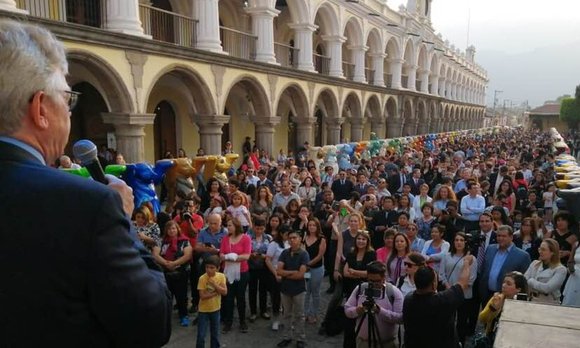 For the first time the United Buddy Bears were in Central America, in Guatemala! 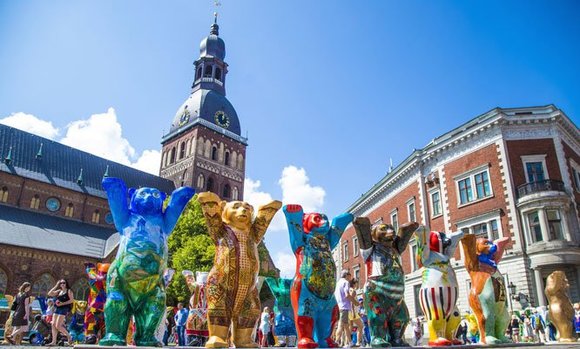 The United Buddy Bears spend the summer of 2018 in Riga. It was first visit of the bears to the Baltic States. 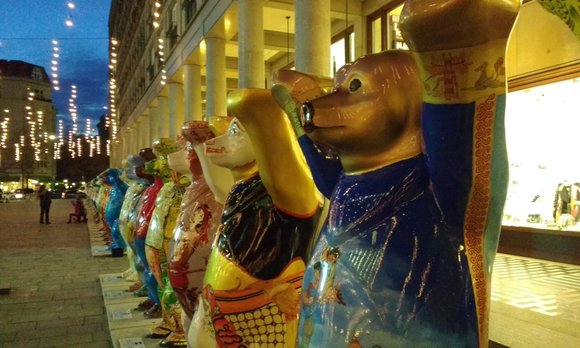 The United Buddy Bears added a little color to the dark Berlin winter of 2017/2018 on the square Walter-Benjamin-Platz. 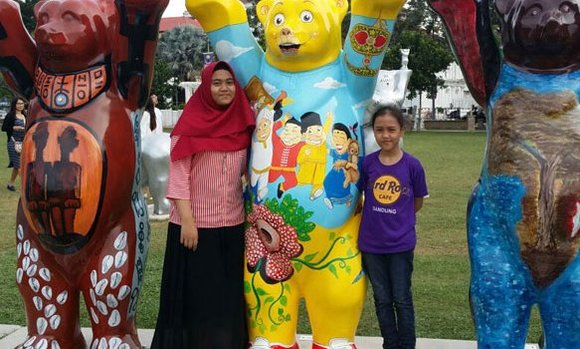 In 2016 the United Buddy Bears paid another visit to Malaysia. They promoted peace and tolerance on the island of Penang. 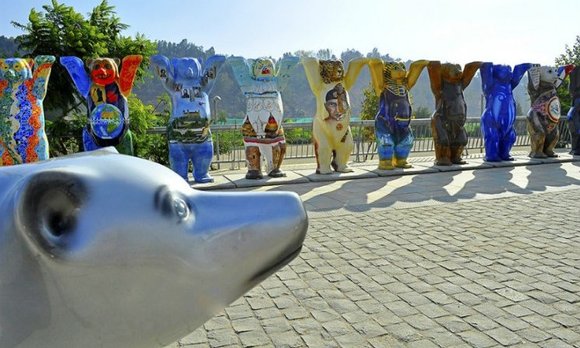 In 2015 the United Buddy Bears travelled to Santiago de Chile on their world tour. 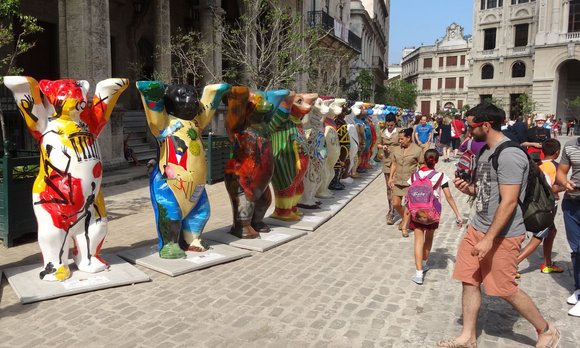 The United Buddy Bears spent winter and spring of 2015 in the Caribbean, in Cuba's capital Havana. 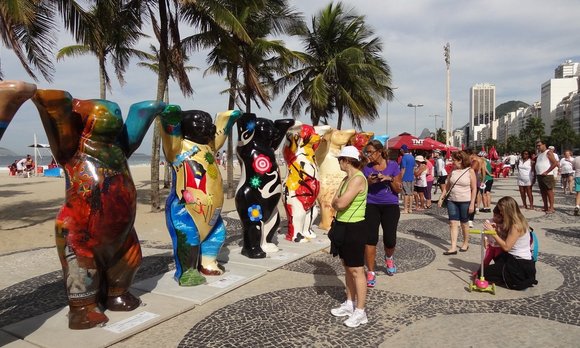 In the context of the “Germany Year in Brazil”, 145 United Buddy Bears were on display at Copacabana beach in Rio de Janeiro in 2014. 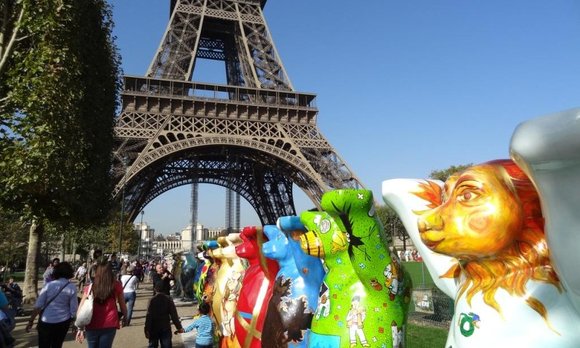 In 2012 the United Buddy Bears visited the Champ de Mars right beneath the Eiffel Tower. 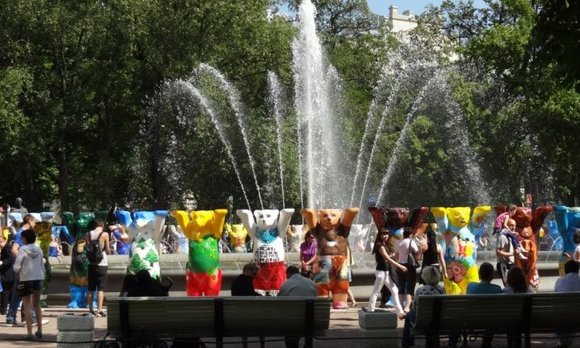 During the summer month of 2012 our internationally unique project was presented in St Petersburg. 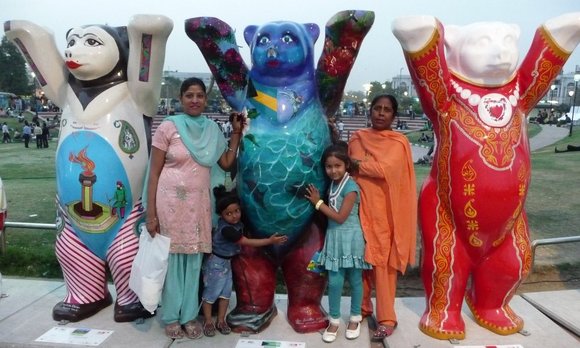 The Buddy Bears were the highlight of celebrations marking 60 years of diplomatic relations between Germany and India. 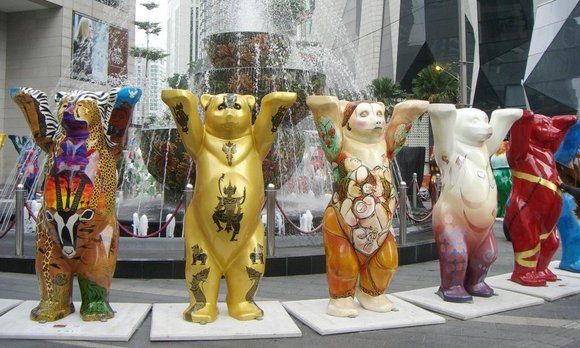 The United Buddy Bears exhibition was launched in the capital of Malaysia, Kuala Lumpur, under the patronage of the Sultan of Selangor.

We use our own and third-party cookies. Why? Cookies help us improve our website for the people who love our Buddy Bears. By agreeing, you also agree to cookies that are not technically necessary. You are of course welcome to customize cookie settings.

buddy-baer.com uses the web analysis service Matomo to optimize the website. The open source web analytics software runs on the servers of our website (in Germany). A storage of the anonymized data only takes place there, data will not be passed on to third parties.